Dressing Queen Máxima of Holland and her daughters Amalia, Alexia and Arianne for the “feria” has been like living a fairy-tale

I was so wound up in all the preparations in the days running up to the Feria de Sevilla that I hardly noticed the importance of the people who were at that moment looking round the shop.

They browsed, asked questions and bought some things. Until my sixth sense lead me to approach one of them personally, who asked me if we could make some flamenco dresses for one of her daughters and her friends who lived outside of Spain and who couldn’t come and try them on. They were very tall and so the dresses would have to be made to measure. I said that that would be possible as long as someone took their measurements very carefully.

She then went to my desk, wrote down an email address and a few names saying that they would be in contact with me. I also gave her my email address and telephone number as one would. I said goodbye thinking “I hope this comes off, even though we are a bit short of time” and I continued with my work.

Not even five minutes had passed when my phone rang. It was her. She asked me for absolute discretion as I would be dressing Her Royal Highness Queen Máxima of Holland and her three daughters who were coming to the “Feria de Sevilla”. I nearly died! Imagine that! I told her that she could trust me and that I would be delighted to make the dresses. I could not believe what was happening but I was pleased to find that I was dealing with it in a self-assured way. At that moment, I only felt pride and a sense of responsibility.

The elegant woman said that an intermediary would be in contact with me to see how to proceed. That night, I felt uncertainty and nerves and at nine o’clock the next morning the telephone rang. I did not have time to answer it. I saw a very long number and at first thought it might be from a switchboard or something like that but then it occurred to me that it might be the “intermediary”. I called, but there was no answer. It rang again and I could hear a woman’s voice. My knees started to wobble and I sat down on the edge of my bed and asked “Could you repeat who this is, please? It was Queen Máxima herself! She told me that she really wanted to do this personally.

It was wonderful to know that my brand Fabiola 1987 had been chosen to dress such a beautiful queen and her daughters buy what was more amazing was the way she treated me at all times. She was always so kind and respectful and at times spontaneous and funny.

She asked my advice and I said that the best thing would be to work with her just I as I do with my other clients, by looking at the photographs and video of the 2019 collection and of my brand Fabiola 1987. She said that she already knew the brand and so I sent her some photographs of the designs I thought would be most appropriate for them to choose from. I also sent her photos of my nieces who are young girls like the princesses and it all worked out really well. In the photos they could see how to do their hair, wear the shawl, the flowers, the accessories …

I was relieved to know that the Queen had a wonderful seamstress at her palace who could solve any possible issues. Her Majesty asked me to send the dresses finished without fitting them. It is very difficult to get everything exactly right without a personal fitting! She said I could travel to Holland if necessary but it wasn’t. The measurements had been very precise I did my very best to make sure the dresses were perfect before I sent them. The Queen said “The dresses are amazing, you have done a magnificent job.” I was so happy and so much more relaxed. We had made an enormous effort at the last minute and now we could sleep peacefully.

There’s something else, very special, that I haven’t told anyone. Queen Máxima’s measurements only arrived when her daughters’ dresses had been finished and sent. She always put herself last. She didn’t want to eclipse her daughters at any moment, a great mother!

Until I saw them looking beautiful at the “feria” I still didn’t really believe what had happened. To greet them and see how happy they looked was my greatest reward. Their kind words of appreciation really touched me.

For me it had been like living a fairy-tale. It had only been possible thanks to the wonderful team of people I have in my shop and workshop, who sew like the angels. Thank you, God, for everything! Thank you also to all the people who have congratulated us via Facebook, Instagram, WhatsApp, in person, by telephone ….

I feel honoured and very thankful! 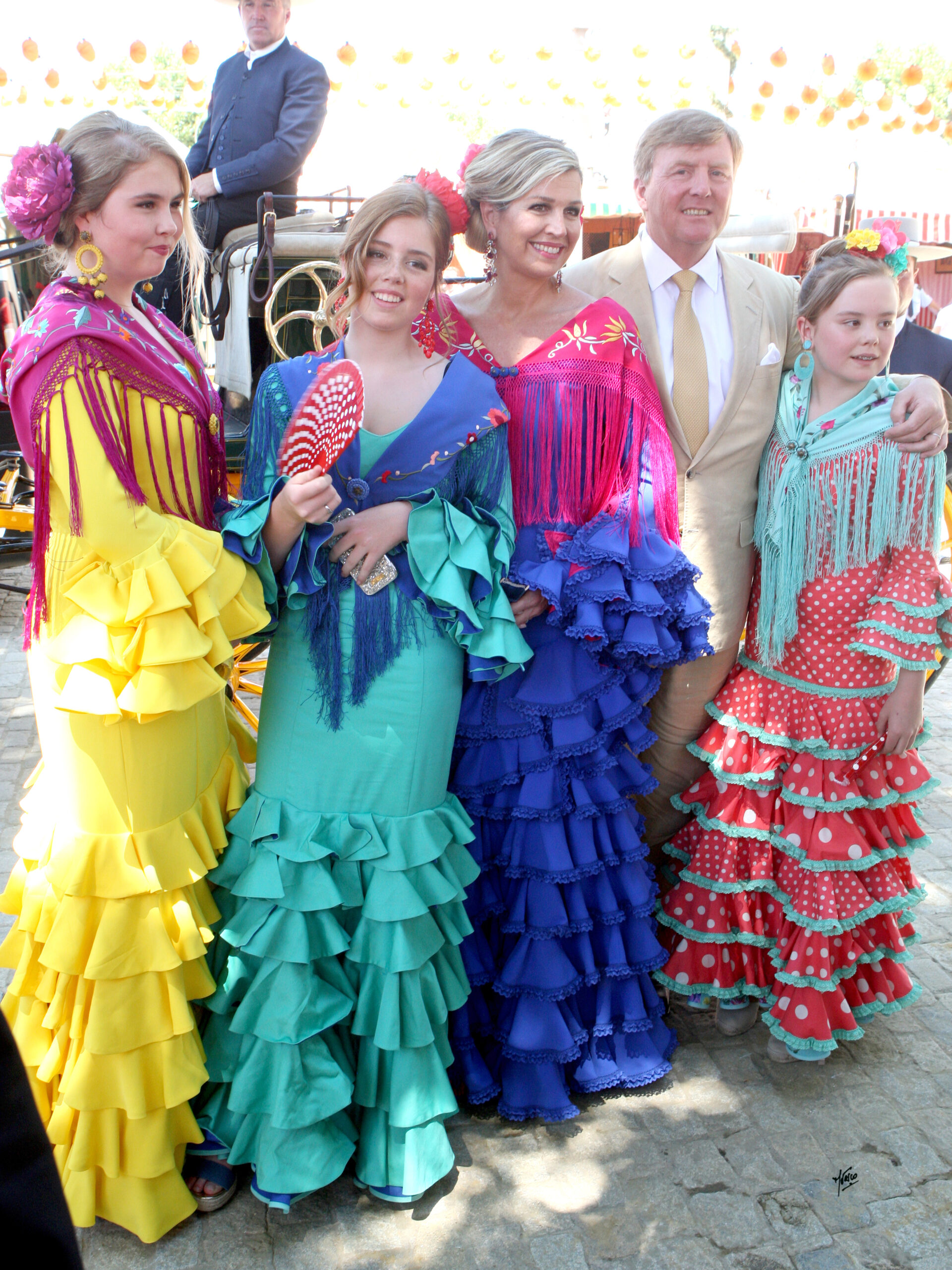 Flamenco dressmaking, 100% made in Spain.
With more than 30 years of experience

PEDIR CITA
Close Menu
Alta costura 100% hecha a mano en España
We use cookies on our website to give you the most relevant experience by remembering your preferences and repeat visits. By clicking “Accept”, you consent to the use of ALL the cookies. However you may visit Cookie Settings to provide a controlled consent.
Cookie settingsACCEPTREJECT
Manage consent

At fabiola1987.com we use cookies and other files with similar functionality. A cookie is a small piece of information that is stored in your browser when you visit our site. With these cookies we ensure its correct functionality and we remember your preferences so that, when you visit us again, you get a better online experience. To find out more about the cookies we use and change the default settings, you can easily do it here.
Functional
Functional cookies help to perform certain functionalities, such as sharing website content on social media platforms, collecting comments, and other third-party features.
Necessary
Necessary cookies are absolutely essential for the website to function properly. These cookies guarantee basic functionalities and security features of the website, anonymously.
Third-party advertising
Advertising cookies are used to provide visitors with relevant advertisements and marketing campaigns. These cookies track visitors across websites and collect information to provide personalized advertisements.
Performance
Performance cookies are used to understand and analyze the website's key performance indexes, helping to provide a better user experience for visitors.
Save & Accept
Powered by